Every Conversation is a Contract

Conversational AI technologies open up a world of possibilities for creating automated interactions that feel simple and intuitive. With Conversational AI, systems no longer need to tell users exactly what to say or present them with a limited menu of choices.

Instead, the best conversational interfaces let users tell us what they need in their own words. Giving users this power means that they no longer need to search through lists of options to find the one that (hopefully) corresponds to the problem they’re trying to solve. Robust conversational interfaces let the user direct the flow of the dialog and gracefully accommodate whatever requests the user makes.

All of this translates to better outcomes for businesses because customers are more willing to use these conversational apps and are able to complete more of their tasks fully in the automated system, freeing up human agents for higher value tasks.

But anyone who’s called customer service knows that not all automated conversations live up to this potential. We’ve all experienced chatbots that force us through predefined paths,  just like bad old IVRs did, and we’ve all talked to voice applications where the system invites us to ‘just say what we want in a few words’ but then can’t handle our response.

Is better technology the answer?

Applications built without this expertise are often more fragile, less trustworthy, and ultimately less successful than applications built based on a deep understanding of human conversation.

In this blog series, I will explore the elements that lead to the best conversational experiences, starting with a deep dive on how humans use conversation to solve problems and build relationships. Future posts will cover the foundational user-centric principles that underlie the practice of conversational UX design, and how to establish robust metrics for measuring the performance of conversational apps beyond simple containment.

How humans use conversation

Let’s start with an obvious fact that’s often ignored: every person who uses your application is an expert at conversation simply by being human.  For us, knowing how to use language is like knowing how to walk.  We acquire both skills on our own without anyone teaching us at a very young age so we can’t remember a time in our lives when we didn’t have these capabilities. Walking and talking feel like the simplest and most natural things in the world–until you try to teach a machine to do it.

If you’ve ever seen videos of robots that try to walk, you may start to suspect that walking is more complex than just putting one foot in front of the other. It’s obvious that there’s something not quite right about how the robots are moving around, but it can be difficult to describe exactly what the problem is.

Conversation is the same. We know when something’s wrong in an automated conversation but we don’t always know why.  Conversation with another person feels like a simple back and forth where you talk and I listen, then I talk and you listen, but in reality, each of us has internalized a sophisticated set of rules for how conversations work.

We’re just not aware of the rules until somebody breaks them. And if it happens to be a conversational app breaking the rules, we tend to have much stronger reactions than we would to a normal technology failure like a broken link on a webpage. When an automated conversation goes wrong, it can feel like the app is being rude or like we’re not valued as people (or customers).  The rules of conversation are less about language and more about the implicit promises we make to one another when we enter into a conversation.

The rules of conversation are less about language and more about the implicit promises we make to one another when we enter into a conversation.

Every conversation is built on cooperation, an unwritten contract about how we’ll work together to solve a problem using language. When we enter into a conversation, we accept responsibility for keeping the interaction on track and expect the same of our partner, whether they’re human or automated.

Designing applications that deliver on the rules of conversation

Conversational apps are implicitly promising to listen, pay attention, try to understand what the user says, and then give a sensible response that moves the conversation forward. When we design conversational apps that conform to these shared expectations, we enable users to respond naturally and comfortably.  Conversational apps don’t need to know everything or be able to do everything a human can do, but they need to prove that they’re trustworthy and honoring the social contract that’s part of every conversation.

Organizations have the opportunity to use Conversational AI to forge genuine connections with users by creating coherent and trustworthy partners who cooperate in conversations. To achieve this connection, we need to design apps that focus on playing by the rules of conversation and building trust. Cooperation and trust aren’t easily measured by standard call center metrics; these qualities underlie how willing people are to engage with automation and how successful they will be, but the only way to know if a conversational app is meeting these goals is to engage with the people who use it.

The process of asking users to interact with an app and then discuss how it made them feel and whether it met their expectations is the heart of good conversational user experience design. We’ll discuss how a program of iterative, user-centric, data-driven design allows us to create great automated conversations. 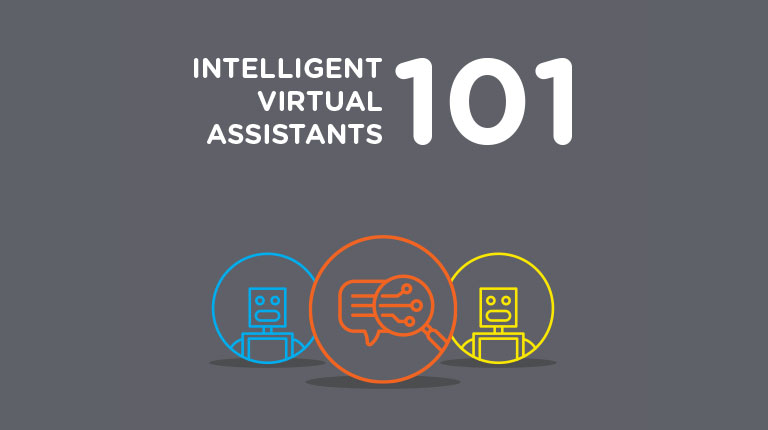 What does that future hold for enterprise intelligent assistants? See four things you can expect to see in our blog. How Conversational AI Can Optimize Your Workforce What do consumers expect in a conversational self-service system?