For many in attendance at FinovateSpring 2014 in San Jose watching the Interactions demo, the “Aha!” moment came when the virtual agent began speaking flawless Spanish. The demo was already impressive, with murmurs of appreciation from the audience as the seamless call and response back and forth between the presenter and the Interactions virtual agent made believers of everyone in the room.

But the Spanish might have been the breaking point, that moment when technology seemed to do that thing that the great Arthur Clarke insisted it could always do: become indistinguishable from magic.

Magical as the technology may seem, Interactions’ virtual agent technology is far from magic. Rather, it is the result of a patent-pending technology that succeeds where other virtual technologies, including Apple’s Siri, have struggled.

Interactions technology has been deployed in industries ranging from retail to hospitality to healthcare, and include Fortune 500 financial services corporations. The company, founded ten years ago, is headquartered in Franklin, Massachusetts, and includes Softbank Capital, North Hill Ventures, Cross Atlantic Capital Partners, Sigma Partners, Prime Ventures, and Updata Partners among its investors.

We talked with Interactions President and CEO Mike Iacobucci about his company’s technology, how it came to be, and the ways it can be put to use to save money, improve efficiencies, and help improve the customer/client experience.

Finovate: Interactions is a two-time Best of Show award winner. What is it about Interactions that draws such a positive response?
Mike Iacobucci: There are two reasons our demo was impactful: first, because it was a live demo and second, because our technology works flawlessly.

We’ve all used an automated system in the past, be it an IVR when calling for customer care or Siri on an iPhone. And we know from these experiences that they’re far from perfect technologies. Many of us have seen the replays of Microsoft’s live speech-recognition failures during keynotes in 2006 and 2012.

The other reason is because our technology appeals so much to the audience as consumers. Not only do we have a cool technology. It also addresses a serious problem that people know all too well – that a five-minute customer-service call can raise our blood pressure more than our teenage children.

Our technology makes contacting customer service a value-added experience, and that innovation makes our presentation even more exciting.
Read more on the Finovate Blog! 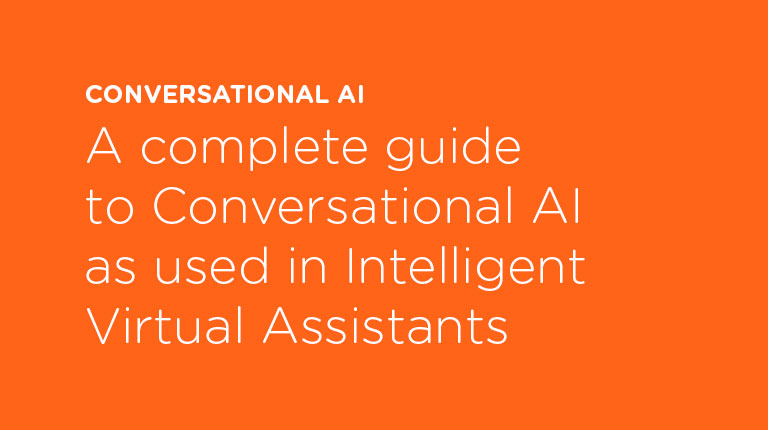 Read expert predictions about how AI and customer experience will evolve in 2022.